Adhira International School Punawale believes that one of the language skills we developed aside from listening, reading and writing is speaking. Speaking is a skill that naturally flows out of listening, that is, the ability to distinguish sounds in an alphabet or syllabary. Thus, speaking is a natural, fundamental human skill for exposition and expression. Yet no matter how natural we say speaking is, there is one type of speaking that everybody seems to get away with: Public speaking. Public speaking is an art; and, like every other art, it has to be learnt, both in practice and theory. For a person to say that he will never deliver a speech until he has learnt to speak is like saying that he will never go into the water until he has learnt to swim.

One cannot learn to swim with-out going into the water, and one can never learn to speak in public without speaking in public. In both cases, one has to learn by practice; and no amount of theory without practice will be of any avail. A speech should always be carefully prepared before-hand. Preparation includes collection, selection and arrangement. First, collect materials for the speech—ideas, arguments, facts, illustrations bearing on the subject. Jot these down as they come to mind. Then select the most appropriate, rejecting the rest.

Lastly, arrange the selected thoughts in an orderly and logical plan. Without all this, the speech will be badly arranged, rambling, dis proportioned and full of repetitions. At first it is a good thing to write the speech out in full; for “writing maketh an exact man”.

The written speech, however, should never be learnt by heart. Memorizing is a fatal mistake. It turns the speech into a mere recitation; and reciting is not nearly as effective as speaking direct to the audience. Speaker must be free to alter, omit, or add as he sees what his audience requires.

Lastly, there is the danger of collapse. If the verbal memory fails, and the next sentence is forgotten, the speaker is lost, and he may break down in the middle of his speech. Let the points of the speech and the order in which they come be kept clear in the mind; the actual words will come as they are wanted.

In public speaking the management of the voice is very important. Some speakers speak too low and cannot be heard well in a large hall. Some shout, and their voices are drowned by the echoes. Some talk so fast that they cannot be followed; and some speak so slowly as to tire their hearers’ patience. The speaker should speak clearly, for all to hear; he should vary the intonation of his voice to avoid monotony and to enforce his meaning; and he should know when to make effective pauses.

Above all, a speaker should watch his audience and speak to it directly, so as to “get across” to his hearers what he wants to say as persuasively and convincingly as possible. So at Adhira International School Punawale we tries to develops this key skill in each and every child by giving them exposure to various public platform. 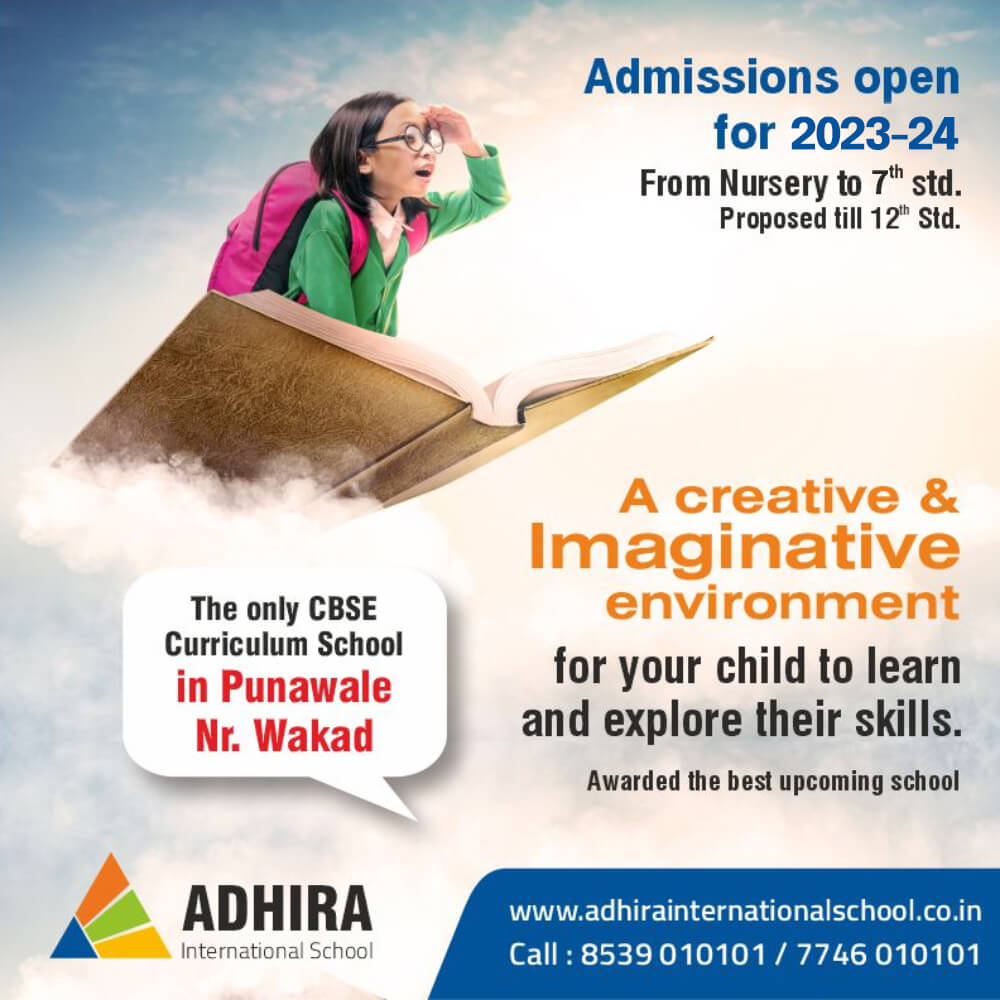